Albert has casually sailed through life. He lives in his parents’ condo downtown with a nice view. He doesn’t want fancy cars or clothes. He is worried about having enough saved to retire in 30 years–but he does splurge on his New Yorker subscription.

Albert isn’t Albert’s real name as his employer might not like his photo appearing online. Albert gets up at 6 am to work out. He doesn’t party; beer just makes him sleepy and he goes to bed by 10pm. Albert’s aware he’s furthering foreign worker exploitation by working a top-notch job for The Man, so he donates seven percent of his income and volunteers weekly at a soup kitchen. He aslo keeps notes and calendar reminders of anniversaries and things his partner likes in his iPhone. 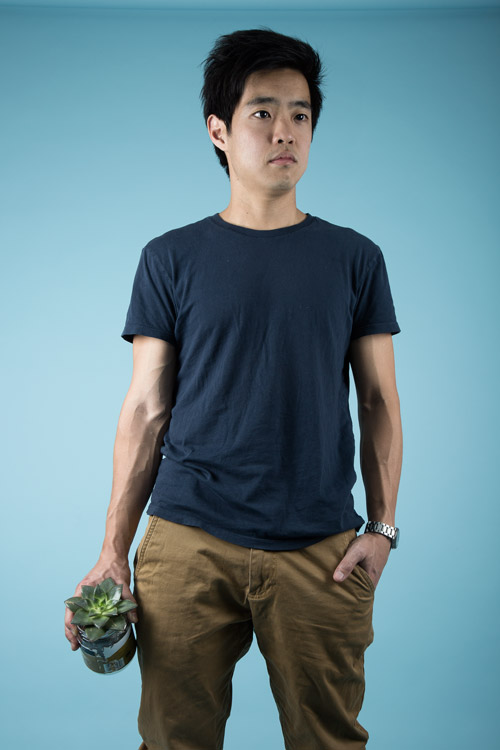 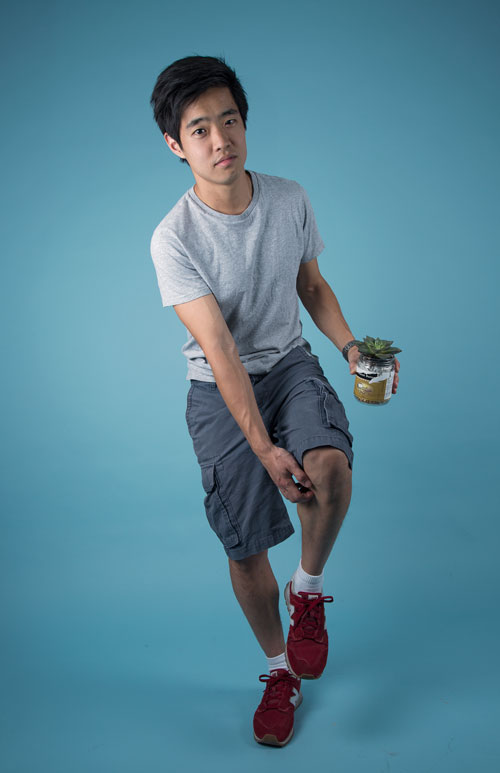 Albert can eat pizza four days in a row and doesn’t mind walking on wet floors with his socks on. He used to be overweight, and is often the target for jokes amongst his friends. Albert isn’t really passionate about anything, and doesn’t anger easily. He can make casual conversation with old rich people and quote niche legislation by heart, but he would rather be hiking and rockclimbing.

My name is Albert. I am thirty-one year old whitewashed first generation Canadian Chinese lawyer. You might think I was tiger-mommed, but the truth is I found school fairly easy and my parents never put much pressure on me to excel. My dad is a pretty devout Christian though. He'd like me to marry a Christian Chinese girl. I‘m 5’4, but it doesn’t bother me. Many people seem to make fun of me cause I look goofy, but I also think it’s funny.

I don’t know how I got here, but I know many things have been handed to me. All my life I’ve been doing what made the most sense in the long term. The juniors at my work say I have boomer mentality. I didn’t know what to do after undergrad so I did a masters of science in fish biology. I dissected three hundred fish and wrote my thesis on the way chemicals travel through their cells. I realized academia wasn’t for me so I went to law school. People think that takes incredible commitment to do so much studying but I kind of just fell into it. I just wanted to make a enough money so that I don’t have to work and also take care of my family. New technology doesn’t excite me. I prefer to read books over watching TV, and I don’t really care to stay in touch with people on Facebook. It’s a lot easier catching up face to face. So much gets misconstrued on text. Typing is tiring. I already do that all day.

I have a deep admiration for people who chase their passions and make big moves to change the world,
but I’m too lazy to start something on my own. I don’t get what drives people to do what they want, and I have never understood why some people get so angry, offended or depressed about what's on the news or not at the store. I’ve just accepted I won’t have a passion. Some people think that's sad, but it doesn’t bother me. My girlfriend thinks it’s because I wasn’t pushed to explore my interests when I was younger. I sometimes wonder if it is actually a problem, that I have no inner calling or goal. I’ve just never been heavily invested or excited about anything–not to the extent of doing all-nighters or quit my job to do it. I like running and rock climbing, but don’t think that I could do either as a job or career. I’ve been volunteering at a soup kitchen run by lawyers for two years and I sponsor a couple of kids in developing nations, but I don’t consider charity a passion as much as an obligation, given how fortunate I am, and many more well off people do it for vanity.

The Bay Street law firm I work at is pretty stuffy and conservative, but also one of the more "progressive" ones. Some days suck; most are ok. The work is sometimes interesting and the people are mostly nice enough, although a bit detached. I make over a hundred grand a year, and receive steady raises annually without having to negotiate it. I’m in the top 2%. I could be doing something more with this money but I’m not sure what. I’m just saving and saving for retirement, saving for my parents getting old and in case they need surgery or something, saving for my girlfriend’s therapy bills.

Some people collect records, shoot sunsets and fawn over their favourite musicians. I enjoy cooking with friends but I wouldn’t try new recipes for the sake of it. I thought about starting a bakery once but I don’t think I’d like to wake so early or take such a pay cut. I recognize that there’s a lot of inequality and suffering in this world that the legal system doesn’t fix, but I have no political leanings either way (I'm about as center-left as any Canadian) and I don't enjoy public speaking.

I could never run for office.

I want kids. Jen doesn't. This could tear us apart, but we are happy right now and have fought the least, surprisingly, of all my relationships. I've always wanted kids, but have never been able to articulate why. My senior colleague says kids can bring a lot of colour into your life. I sometimes wonder if I want them because I don't have passions and having a family would bring meaning (and purpose, or whatever...) to my life. I can't tell if that's a good or bad reason to have kids. Jen seems more fulfilled with her life because of her art career and friends, and I'm really happy for her, but I'm not like that. Jen wants me to find passions because she wants me to be happy without kids or feel chained to a corporate job. I'm not really sure how to get there. Do I need to?

I don't want to sound sad or anything.
I just have a habit of point-first writing. I've never been deeply depressed and don't know what it's like, but from what I've heard of anxiety and depression, it sounds like a tremendously difficult thing to deal with. I'm pretty content to keep floating on as it is.