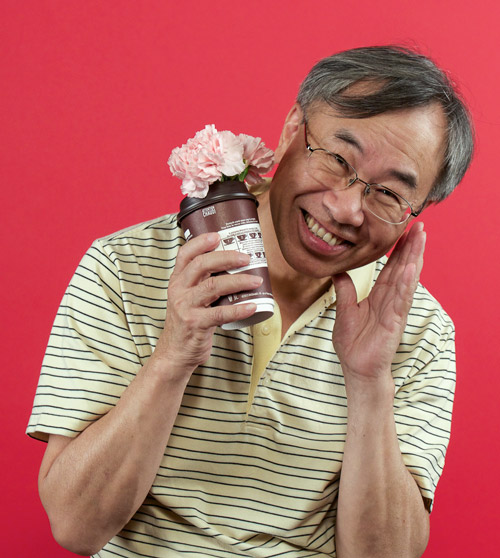 Bill holding a used McDonald's cup with a carnation in it. Photo: Jazmine VK Carr

Bill is retired and just got his taxes in order. His childhood friends call him Tony; his old colleagues called him "Wild Bill". He enjoys playing ping pong with other old men and chatting with them at McDonalds. Bill is quick to anger or excite, and everyone will know about it, but he has mellowed out over the years. He has tried to learn Mandarin many times but still speaks with an illegible cantonese accent. Bill comments on blogs under a fake name and uses his wife’s Facebook account. He is skeptical of high-risk low reward passion projects but eventually impressed by others' perseverance . 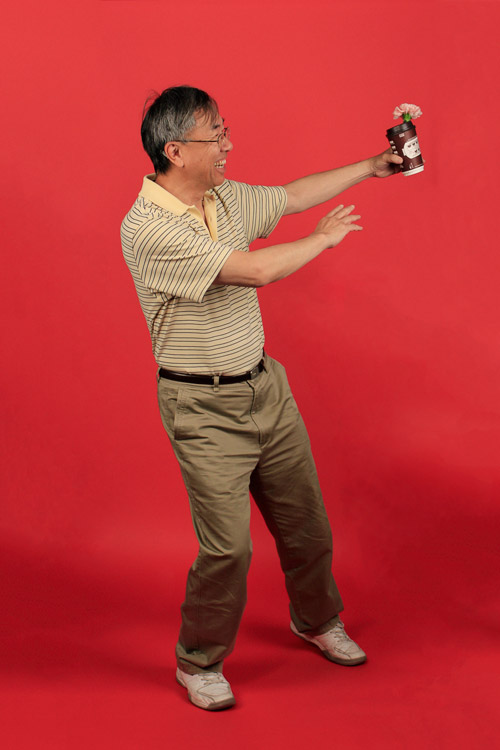 Bill doesn’t believe in spending on romance. The only time he bought flowers was his wedding day, and he chose carnations because they were the cheapest. Bill won’t replace his phone or shoes until they’re irreparably broken. Some of his underwear have holes in them.

Bill has up til now, successfully avoided the dentist since a really bad root canal in 1993. He was the first in his family to go to university. He was happy with passing grades. Bill likes the oldies and blasts Phantom of the Opera at a window-shaking volume on Sunday mornings. Bill was eating breakfast at McDonald’s when his daughter was born because he thought his wife would be in labor for 15 hours, and still laughs about it.